With the high price of fuel in the market today, motorists now consider fuel economy as a vital component in their everyday driving. Most of them think that if their cars have fuel-efficient engines, then they can reduce their car’s fuel consumption by significant proportions. Thus, it is no wonder why many of these drivers contemplate about getting a diesel engine instead of a gasoline-powered one. Others who may have been driving a gasoline engine from the start and want to switch engines have tried exploring the possibility of switching their current engine to a diesel-powered one. Now this is no easy feat. Changing car engine types is not as simple as changing one’s shirt.

While it is definitely possible to change from gas to diesel, the process is impractical. Because gas and diesel engines are very different from one another, there is sure to be a lot of parts that need to be adjusted. Gas to diesel conversion entails not one part to be altered; in fact, the process would affect the whole mechanical set-up of the vehicle. The most important change would have to involve the difference between the engines’ compression ratios. Diesel engines, you see, need a higher compression ratio compared to a gasoline engine. This is because diesel uses heat of compressed air to ignite the fuel. A gas engine, on the other, has spark plugs to do the trick. To solve this problem, you would have to install longer crankshafts in place of the shorter ones in a gas engine. This is more complicated that it looks because there are no ready-made crankshafts for all engines. Therefore, depending on the availability of crankshafts for your car model, you may have to have yours custom-made.

The second drawback is with regards to the fuel path. In gasoline engines, the fuel is injected into an intake manifold and then led into the combustion chamber for ignition. In the case of diesel engines, though, the fuel is directly injected into a pre-chamber where actual combustion takes place. In short, diesel engines have longer fuel paths compared to a gasoline engine. To address this difference, you would have to alter the heads in such a way that it can accommodate a pre-chamber, glow plug, and a diesel fuel injector.

Some fuel pressures in gas engines might be too high for diesel fuel. Should you covert your gas engine to diesel engine, you would need to replace your fuel pump with one that produces lower pressure. This means, too, that you would have to find space to mount the new fuel pump on the engine and learn how to handle this.

There is also an issue as to the timing difference between gas and diesel pumps. You would need to install a Diesel MFI Pump that is to be mounted on the engine and tied to the crankshaft with a timing belt. Other than these, there is also a problem with the gaskets of your current gas engine. Its head gasket need to be replaced with ones that can sustain a higher pressure as diesel puts out four times more pressure than gasoline. After this, you would also need to beef up your suspension as the diesel engine is far more heavy than the gasoline.

So if you ask about the probability of such process. The answer is a solid “yes.” It is possible, gas to diesel conversion can happen. But the conversion along will cost you so much time and money. If it’s a diesel engine you have in your mind, the quickest and most pain-free option would be sell your gas-run engine and just buy yourself a diesel-powered one. 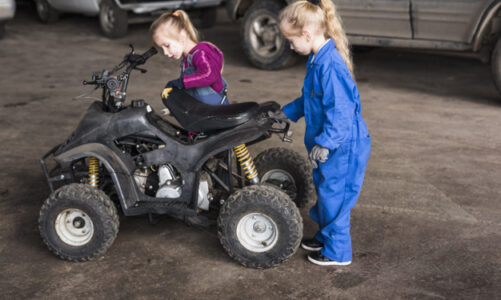