Used heavy trucks are a great expense for anyone who requires using them on a daily basis. The trucks themselves are a big investment but the maintenance, insurance and many other factors add to the cost as well. In recent history, the cost of fuel has consistently been on the rise, with thoughts of prices as they were ten years ago, fading into time. With fuel prices being so high, it’s even more expensive than ever to use heavy trucks, even the less expensive used heavy trucks.

In order to help minimize some of the expenses for owning a heavy truck, there are a few basic tips that anyone can follow, which will instantly begin to save on the consumption of fuel and overall cost for owning the truck on a yearly basis. Most of them are quick tips that can begin right away and will require little effort, which is well worth the savings in the end.

The general weight of used heavy trucks varies from one model to another, and again depending on the type of load that’s being hauled. The more weight a vehicle has to carry, the more fuel will be consumed during travel because it requires the engine to work harder. By paying close attention to the items being shipped and getting rid of unnecessary weight will help reduce the strain on the truck and engine, lowering the amount of fuel being used.

Knowing how to properly use the brakes will greatly decrease strain on the truck’s system and use far less fuel during even the longest drives. Many people use the brakes far more than necessary during drives, which is especially true in traffic since they continually accelerate and brake to move forward. Learning to coast the vehicle can make a significant difference in the amount and regularity of fuel fills.

Idling is another terrible habit that many drivers have which not only wastes fuel but also adds more carbon dioxide into the atmosphere than needed. Turning off the engine in place of idling takes little effort and can greatly help the bank and the environment at the same time.

Planning smarter routes may not be possible for some people, especially if they require a quick direct route, however others will benefit from carefully planning better travelling routes. Avoiding routes that have many inclines or traffic lights will help consume less fuel throughout the drive. Inclines use up more fuel, and this is even more so when there is a heavy load to haul as well. By choosing specific routes without hills or many traffic lights, the ride should be nice and smooth, with less pressure on the engine and brake systems.

Another big problem that many drivers have is sticking to designated speed limits. Exceeding the speed limit is generally due to the fact that many people feel rushed or have a particular deadline to hit but speeding will not only use up more fuel than it should, it also poses danger to other drivers on the road. Drivers who use large used heavy trucks will have different response times and the truck itself may not respond as quickly as it should to avoid accidents. By exceeding the speed limit, the danger increases tenfold.

Follow a few simple tips for a more fuel efficient, cost-saving and safe drive each day. The savings may not become apparent right away, but over time, the bank will certainly reflect these savings, which is something anyone can appreciate. 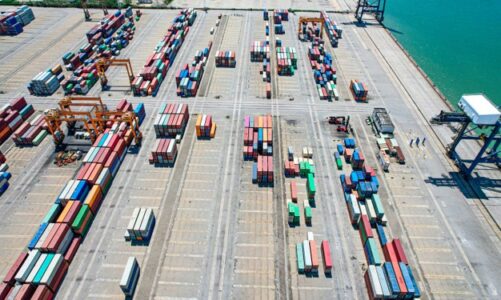